When it Comes to Water Ionizers: Is Buying Cheaper Even Safe? 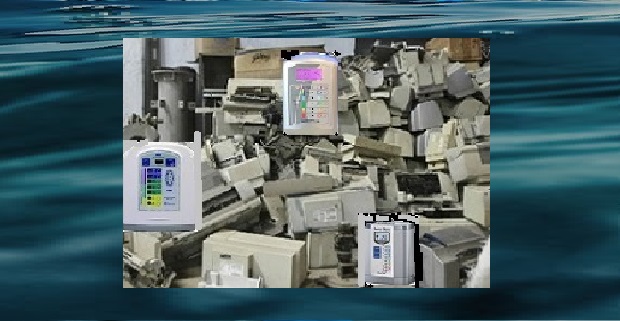 I was noticing recently that several very cheap water ionizers are appearing on the internet.

Something seemed wrong about this, because I know what it takes to make a water ionizer work, or I should say “work well”. The number-one ingredient, platinum, sells at over $1500/oz. For more info on the need for platinum, see: Need for Titanium & Platinum With that in mind, it didn’t make sense how some of these companies could sell a whole water ionizer for less than half an ounce of platinum. So I investigated. I wanted to offer my customers a cheaper water ionizer if I could, so I was prepared to add the water ionizers into my line-up if they turned out to be good ones.

What I found was …these cheap water ionizers are being imported from China. In China, there are no real validations regarding the product and what is in it. The wholesale company is simply taking whatever looks good from China and marketing it in any way they can to people who are either trying to get started in internet sales or trying to save money on their water ionizer purchase. They sell you a large ticket item tell you there’s a warranty, and then you’re on your own if you need any servicing. They use tricks to make you think you’re protected, but cleverly conceal the true information [or even lie about it] so they can trap you into a sale. Here’s what happened to me:

It claimed to offer an 8-year warranty on this product. When I did some checking, I found out that:

Bottom line: it was a convoluted mess! Forget the warranty! Their “F” BBB rating and the multitudes of consumer complaints listed on the BBB site and online scam-watch reporting sites tells us that the warranty will never be honored, but that’s not the least of the trouble. It’s the safety that I think is the biggest issue. There are other issues too, like where to get the internal filter replacements when all of the fly-by-night companies go out of business. But for me, the most crucial thing that would keep me away from this deal would be the safety.

Who knows what’s in this water ionizer…or is it even safe?

I did find out it’s made in China. And that says it all for me. I will not import from China, because there are insufficient regulations and verifications there. The ethics and morals with regard to Chinese manufacturing are shady and the climate of trust just doesn’t exist. And, while it may be okay for some goods to be made in China, such as “China” dinnerware, it is not a good idea [in my opinion]for water ionizers to be made by a questionable company.

In Japan and Korea the manufacturing of water ionizers is heavily regulated by the respective country’s FDA, because water ionizers in those countries are considered to be medical devices. In China, even in the best of circumstances, you just cannot trust or verify the safety of these devices.

Ionized water, that you drink, is going to go through this water ionizer for years [maybe decades]. Therefore quality does count!

Not only are you counting on this water ionizer to help your health, but you are certainly counting on the fact of its general safety. I think it’s of ultimate importance that the device is made by a highly reputable company and is not questionable as to how it’s made or what is in it. The fact that the KFDA and Japanese Ministry of Health & Welfare both oversee production of water ionizers in Korea and Japan is very reassuring to me.

When you add it all up, it just doesn’t make sense to me to buy a water ionizer from a shady company.

I have not [with capital letters… NOT] found a Chinese water ionizer (other than the Taiwanese, Chanson Co.) that I would trust to buy a water ionizer from. I’ll by China glassware, paper goods, or that type of thing from a Chinese company, but as far as water ionizers, electronics, or anything health-related, it is just too hard to even know if they are giving you correct statements about their products. The Japanese and Korean countries really scrutinize the manufacture of water ionizers, because they are considered medical devices in those countries [and probably there’s a higher ethic in those countries]. I hate to say it, but even the US wouldn’t be a good reliable country for the manufacture of water ionizers, because it’s so new to us that there aren’t knowledgeable people to scrutinize the production here.