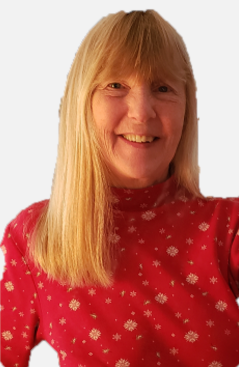 To help you understand water ionizers better, I have compiled an alphabetized list of commonly used terms.

Water which has undergone ionization and which has the properties of smaller cluster size, greater alkalinity and increased ORP (oxidation reduction potential). Ionized means charged, and in the case of ionized water it means the water is negatively charged and has spare electrons to donate toward neutralizing free-radicals and keeping the body from cell and tissue damage caused from oxidation. Ionized water helps to fight free radicals while also helping to alkalize your body.

Something is an antioxidant which can fight against the free radical damage caused by oxidation. If a substance has extra electrons that can be donated to the oxygen free radical, then it is said to be an antioxidant.

Body fluids are different than blood. Blood must maintain an exact pH level [7.365]. If it alters even one little bit you could die. However, the bodily fluids have a bit of a range that could be considered healthy. Keeping your bodily fluids above 7 pH is good for the longevity and health of the cells.

The process of an acidic solution becoming more neutral and suitable for healthy life to flourish.

An alkalizing mineral which is in the water to greater or lesser degree. Calcium is needed for electrolysis and is the main mineral making up the bones in our bodies.

A stable compound of chlorine plus ammonia | Used in water treatment to disinfect water | Unlike chlorine, chloramine is hard to filter out of the water. The old chlorine filters don't work. The best method known is a slow flow [2 liters per min. or less] through a GAC filter.

The condition of not having sufficient water in your diet to keep your cells healthy. Many conditions can be attributed to dehydration, such as: headache, low energy levels, low back pain, digestive problems, constipation, obesity, asthma allergies, arthritis, Type II Diabetes, and hypertension

A diverter is a stainless steel attachment for your faucet. It allows the water to come out of your faucet regularly or with a flip of the lever you can divert the water to the water ionizer.

Filters have different materials in it used to filter out different substances. These materials are called "media". The better variety of filter media [also called numbers of stages, e.g., 9-stage] makes for a higher quality filtration, because the variety increases the chances of getting all the contaminants out of your water. This day and age, with chloramine and fluoride being added to the water supply and pharmaceuticals (drugs) making their way into our water as well, it is a very good idea to have a variety of filter media in your drinking water filtration system.

Water which has been enhanced in its ability to hydrate and cleanse (get acids out of) your cells, so as to enhance the process of oxygen getting to your cells and bring about better functions within your cells.

See our page on Hard Water to learn more about this.

Water which is in its natural hexagonal shape, not polluted and also not void of all minerals (dead water) either.

ISO is the icon for the International Organization for Standardization, which is the world's largest developer and publisher of international standards for manufacturers. These certifications are the most important to look for in your water ionizer purchase.

By the time you get water from your tap it comes to you in large clusters of around 11 to 16 H20 molecules . After ionization, the water comes out in smaller clusters of molecules [5-8]. Micro-clustering reduces the surface tension of water and makes it easier to absorb into your cells.

Molecular hydrogen is the simplest, yet one of the rarest, forms of hydrogen. It is simply two hydrogens bonded together to make a molecule. It is negatively charged and is capable of acting as an antioxidant when the body is in need of it. When the body has no need at the time, there is no effect (the excess hydrogen simply evaporates.) Hydrogen in its simple molecular state (2 bonded hydrogens) is rare, because it's so light it will evaporate at its first opportunity. Molecular hydrogen is very beneficial to the body. Read more.

Oxidation reduction potential. A negative ORP can be explained as having the properties of an antioxidant. ORP is measured in millivolts (mv) as positive [+] or negative [-]. Negative ORP is desired for its anti-oxidizing benefits. Positive ORP (as found in tap and bottled water) causes oxidation.

An oxygen [O2] molecule is often found with a missing electron. When this happens it's called a "free radical". Free radicals look for and rob the needed electron from nearby cells. This causes what is called "oxidation", which is a deterioration of the surface of a cell after an electron has been robbed from it by an invading free radical..

Potential Hydrogen. This signifies the proportion of OH- verses H+ that is present in a solution. OH- [alkaline] is free to take on an H+ [acid] to bring about a neutral within a solution. This process is called "Buffering". The pH of a liquid is measured on a scale of 0 to 14, in which 0 is a theoretical lowest acidity and 14 is the highest alkalinity. The pH of 7 is called neutral. Each progression up the scale signifies ten times the level before it. (Ex. A solution with a pH of 8 is ten times more alkaline [contains ten times more OH- ions] than a solution of pH of 7.)

A water filtering system that utilizes a membrane which allows only the solvent (water) to pass through but not the dissolved particles.

The term, rH, is "relative Hydrogen". This term is used when comparing ionizers. It basically means how much ORP per unit of pH. RH is a calculation which shows the actual health benefits of the water tested. Many now believe that this is the most important factor contributing to good health. Note: To find rH one uses pH and ORP measurements plugged into a formula. The formula is: rH= ((ORP + 200) / 30) + (2 * pH). On a scale from 0 to 42, above 28 is oxidizing (higher potential to damage the closer it gets to 40) and below 28 is reducing (anti-oxidizing) -- the lower the better.

Underwriters' Laboratories is connected with insurance underwriters. They certify equipment so as to protect consumers from equipment made with faulty designs, which could then potentially burn down their house.

An electrical device that first filters the water, then reduces the water-cluster size, splits the water into two streams (alkaline and acidic) by electrically activating (charging) the ions in the water.