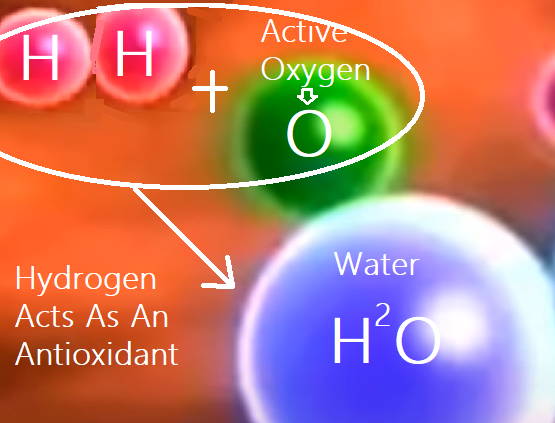 Hydrogen healing is a newly recognized phenomenon. As part of the water molecule (H2O), hydrogen can be safely consumed all day long and is known to have healing benefits.

We all know that H2O (or water) is the source of all life. Without it, we’re dead, that’s it. But, what is H2O? It’s two hydrogens and one oxygen.

What’s oxygen? Oxygen is plentiful element on the earth. We rarely have an issue with not having enough of it to breathe.

What’s hydrogen? Hydrogen is also plentiful, but it’s very light and evaporates. We sometimes have an issue with getting enough hydrogen. Having a way to get enough hydrogen (for balance in the body) affects our bodies' general health and ability to heal itself.

The relationship between hydrogen and oxygen is important. Oxygen acts as a free radical in the body, and hydrogen acts as an antioxidant. Our bodies need both to have the balance the body needs.

We often get too many free radicals, and that leads to disease. So, having access to a way to get more hydrogen is smart (from a natural healing point of view).

Hydrogen water contains a good deal of free-floating hydrogen molecules (H2) in it. So, drinking hydrogen water provides the body with the ability to get the perfect balance it needs (of antioxidants).

The healing benefits of drinking hydrogen water have been found in study after study to be considerably greater than the benefits of plain water.

Getting the Right Balance

The way to know when one is getting the right balance of hydrogen and oxygen is by observing. How do you feel? I have personally learned that, for me, drinking about eight glasses of hydrogen water daily makes me feel very healthy.