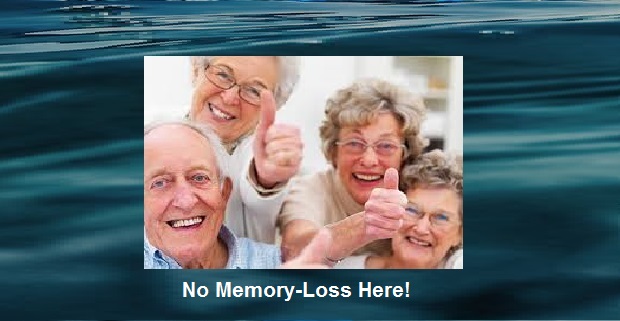 What Causes Memory Loss or Dementia?

According to medical research sites, dementia [or memory loss] has many potential causes.Here are some of the more common reasons theorized:

* Oxidative Stress: The brain uses more oxygen [per unit of weight] than any other body part.  Because of this it is subject to what’s called free-radical damage, or oxidative stress. In November, 2011, a study was conducted to uncover whether electrolyzed water [ionized water] would decrease oxidative stress on several kinds of neural cells, including brain cells. The conclusion was that the results suggested that ionized water would be beneficial in prevention of oxidative induced neurodegenerative disease. Read more: Scientific Study on the Effects of Ionized Water on the Oxidative Stress Markers in the Brain [i.e., Reducing Chances of Altzheimers Disease].

* Medications [and/or Drug or Alcohol use]: There are many unknowns about the long term effects of drugs, alcohol and prescribed medications. People should avoid these things if at all possible. One way to avoid medications is to get your body healthier, naturally, so you won’t need them.

* Dehydration: Dehydration is an epidemic in this country. People often train themselves to drink less and less as they age. The result of autopsies in older adults with dementia show severe signs of dehydration, in particular in the brain, where it is seen to be shriveled up to varying degrees.

* Poor Circulation and/or Lack of Exercise: Lack of Exercise is an epidemic in this country, regardless of age, but in particular with aging adults. The many forms of sit-down entertainment are alluring, but should be limited. Get outside in the fresh air and walk or even run. This improves circulation and many studies show that it improves chances that you will live a longer and healthier life.

* Exposure Over Prolonged Periods to Toxins, such as Fluoride. The Fluoride Action Network, and other non-profit scientific organizations, have been warning us about the dangers of Fluoride for a dozen years. Now, finally, some municipalities are cutting down on the amount of Fluoride they add to the water. Really, they should add none, though, because Fluoride causes brain-deteriorating effects similar to lead poisoning in children. It has also been linked to Altzheimer’s in several studies.

* Nutritional Deficiency: Many books have been written about nutrition being a key to good health. PH balance is extremely important to our bodies. Also, a balance of active oxygen and anti-oxidants is found to be key in living long, healthy lives. The healthier you make your cells, the more likely you are to exercise; the less likely you will have to take regular medications; and so it deserves mention here as a major preventative measure to take for memory loss or dementia.

Prevention of Memory Loss or Dementia

Finding ways, such as improving nutrition, hydration, exercise, etc. will logically help to prevent memory loss.  If you look at the causes for memory loss, above, they give you great clues to preventing it. Not all theories for what causes memory loss have panned out.  My mother, before she passed away, was stricken with severe dementia. She even forgot who she was and eventually forgot how to care for herself. This was agonizing to see. I can tell you, though, that she took lots of medications, sat for long times most of the day, rarely drank water, but in the evenings would have wine with dinner and a scotch & water later on. She took One-A-Day type vitamins, and thought chocolate and coffee were perfect anti-oxidants. Her method for preventing memory loss or dementia was to stay mentally active. She played bridge and even taught it. Staying mentally active unfortunately didn’t work. It’s a failed theory in my observation.

How Can a Water Ionizer Help?

There are many benefits of drinking ionized water. A water ionizer helps to alkalize your body and give you the pH buffers it needs to keep your cells, tissues, bones, and organs from losing their hard-earned, healthy, alkaline minerals.

Water ionizers also provide an abundance of anti-oxidants to help fight the free-radicals that try to attack and damage your cells all day, every day, and prevent oxidative stress.

Ionized water is hydrating, and so helps to give your body the hydrogen and oxygen it needs so as to not become dehydrated.

Alkaline ionized water is well known for helping with workouts and people are reporting all over how it helps them to have more energy in general.

Water ionizers remove up to 85% [and if you add a Fluoride filter, 99.9%] of the fluoride in water, along with other toxins, making something as simple as water one of the cleanest, purest things you can consume.

Ionized water is considered a detoxifying agent. Water in general is also known as the universal solvent. As ionized water passes through the channels in your body it picks up the toxins that your body needs to eliminate.

With a healthier body, cells, bones, tissues, comes far less illness [or possibly none]. I have experienced this for myself and my family for over 20 years experiencing the benefits of drinking ionized water.