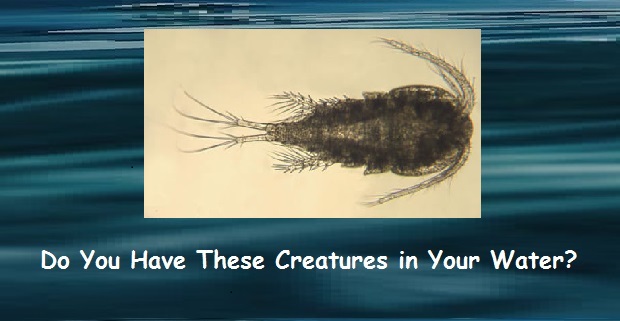 Some cities have prided themselves on such good water quality and taste that their water supplies only get minimal water filtration and treatment. However it has now been discovered that in certain of those water supplies, such as New York City, Boston and San Francisco, they get great enough quantities of copepods (microscopic shrimp-like animals) to cause clogging issues with people's filters.

For example, I have had several recent New York City customers who have had their UltraWater filters clog up because of these tiny, otherwise considered harmless, creatures. If you have any kind of ultra-fine filters that aren't cleanable, these little creatures can fill that filter very quickly and considerably shorten the life of the filter.

Some say copepods improve the taste of the water supplies they are in, but I don't like the idea of allowing water supplies to have such microscopic creatures in it, because you really don't know what kind of diseases, like cholera, they can harbor. Vegetarians may object to these animals being in their water supply. The question of Kosher has been raised as well. The problem of copepod bodies collecting inside of and clogging filters is what I'm focused on in this article. Of course random, premature, clogging of filters is an issue my customers object to as well. 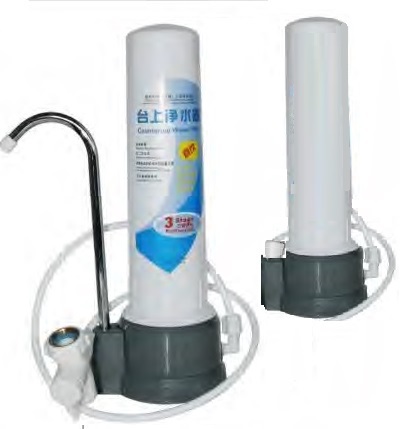 There is a fairly simple solution to sediment and/or micro-organisms in your water, and that is the  Bacteria Filter. The Bacteria Filter is a housing with a ceramic-carbon filter inside of it. You can get it as a free-standing filter system, which connects to your faucet and has its own dispenser spout. Or, you can opt to get the pre-filter set up, with quarter-inch quick-connect fittings on each end. This set-up is what you would get if you are using a water ionizer or other water filter system and just want the Bacteria Filter to go in-line before the ionizer to protect and extend the life of the system's internal filters.

One great thing about this particular filter is that it is cleanable. The pores of the ceramic are extremely tiny, so much so that not even viruses can get through. When microscopic creatures, sediment or rust can't get through the exterior ceramic part of the filter, they will collect on the outside of the filter. Eventually when the collected sediment and other contaminants reach significant enough numbers to slow down the water flow, all you need to do is open up the housing and lightly scrub the outside of the ceramic filter with fine sand-paper or a teflon scrub pad. That's all that's needed to remove the creatures and save the life of your other filters. The Bacteria Filter system is quite inexpensive, plus the replaceable filter does a real nice job cleaning all kinds of contaminants out of the water and lasts about a year.

Another option would be to get a 1 micron sediment filter from a local hardware store, and replace it frequently. These are often fairly inexpensive.