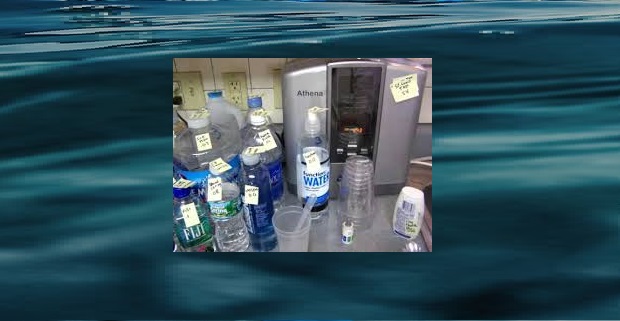 St. Louis tap water has a half-milligram of fluoride per quart of water! That’s a very high amount of fluoride content, toxic levels, and so I consider this potentially dangerous fluoride should be removed! Read further in this blog post and or watch the video to find out the best method I found to remove all of the fluoride content of St. Louis water. Here’s the video.

Why is Fluoride Dangerous?

Many studies have shown a correlation between fluoridated water and things like “learning disabilities” and “Altzheimer’s Disease”, and for those reasons I take fluoride filtration very seriously.

Fluoride is naturally found only in trace amounts in water; however it is often added by municipalities and therefore brought to unnaturally high levels [toxic levels] which we should all be concerned about. Actually the original studies that prompted Fluoridation of water were flawed, and newer studies have shown fluoride to be toxic. In fact newer studies support the claims that the original fluoridation programs [as well as present-day ones] are politically and financially motivated rather than health-motivated. Another, really horrifying fact is that the source of the fluoride put into our water supplies is not of a medical or food quality, but this fluoride actually industrial, hazardous waste and has been classified as such by our own government! http://www.fluoridealert.org/articles/50-reasons/

How to Remove Fluoride:

Two methods of removing fluoride from water that I tested were: filtration and ionization. To my surprise water ionization was the very best method of removing fluoride from the tap water! The fluoride filter was capable of removing almost all of the fluoride from the tap water, however it was less reliable. What happens is that if you take the sample from water that has had a chance to sit in the filter for a while it comes up as almost 0 mg. of fluoride, but if you pour a lot of water at a time [over a quart] you may get much higher readings of fluoride content. I will write more about this in future blogs. But for now, I am very excited to say that…

Ionized Water was the Very Best Method I Found of Removing Fluoride!

Fluoride removal is tricky. Fluoride is such a small element, it’s right next to Oxygen on the periodic table of elements! That is very small! You can’t get a regular filter to remove fluoride, because it’s so small it will go right through most filters. However if you trick fluoride, by making it bond with the filter media, it will become trapped in the filter forever. That is what a fluoride filter does. The problem is getting it all to bond. Without enough time for the bonding process, you may only achieve about 50% removal of fluoride or possibly even less. Slower filtration is best and also filtering less quantity of water at a time is good too.

Why does a Water Ionizer Work So Well?

A water ionizer uses a different method of removing fluoride from the water. Water ionizers split the water into two streams, alkaline and acidic. Since fluoride is acidic it will tend to be diverted to the acidic stream. There is variability, though, in that you can set a water ionizer to different levels and also flow the water at different rates. I will do more testing on this in the near future. For now, though, I tested the drinking level and flow-rate that I use and it removed all of the fluoride! A water ionizer will consistently do this and does not vary as badly as a fluoride filter by any means.

Why is Reverse Osmosis and Distilled Water Not Good?

Reverse osmosis and distilled water do, for the most part, remove fluoride. However they are not good methods of filtration because they remove all of the healthy minerals as well. It is actually dangerous to drink water void of all minerals and can rob you of minerals you have accumulated in your blood, muscles, joints, bones and tissues, if you drink too much of it. The resultant water, even if remineralized, usually tends to be more acidic and void of healthy minerals than other filtered water. People with reverse osmosis systems should definitely remineralize the water sufficiently and double-check regularly to ensure the remineralizer is replaced when needed. The problem of getting enough minerals back into the water is usually solved by putting the remineralizer into the right spot in the RO system, so look at my earlier blogs about that or email me to see how exactly to do that.

Why is Bottled Water Bad?

Bottled water, even though for the most part it did well in the fluoride testing, is an inferior way to get your water. The many reasons for this are explained in depth on this page https://www.alkalinewaterplus.com/analyzing-comparing-bottled-water/