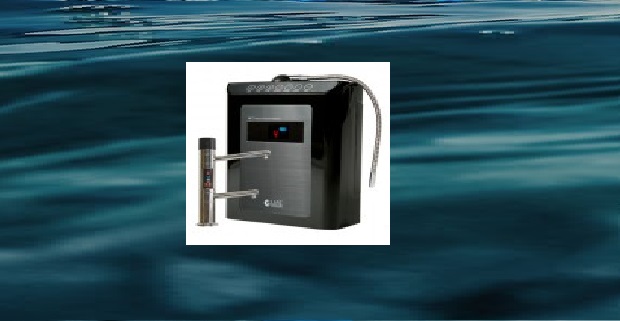 The Lifeionizer products come with many claims, but in reality they are mediocre, at best, in my opinion. This testing of the “highly acclaimed Lifeionizer M7″ demonstrates that.  Here’s an example of one of many falsely mis-leading statements made by Lifeionizers on their site about the M7: “ none of our competitors even comes close”. What I’ve found this statement to mean in reality is that the M7 water ionizer by Lifeionizers is very far under their mainstream competition.

Would the M9, M11, or M13 [these are Lifeionizer’s 9, 11 and 13 plate water ionizers] do any better? My most educated guess says, “No.” The reason I say this is that the more “mass” you add to the electrodes in anything electronic, the more electricity you must put through those electrodes to even do any electrolysis at all. The danger of the electrodes overheating causes the manufacturer to take measures to ensure against this. In every case I’ve ever seen the water flow-rate is made to be faster as the main measure of ensuring the plates don’t overheat. One might think this to be a good thing, however in all of my testing I’ve discovered that speeding up the flow rate does two things that are undesirable: 1) lowers the ORP to levels I think are unacceptable, and 2) lessens the quality of water filtration.

Video: Testing of the Lifeionizer M7

Chart: Testing of the Lifeionizer M7

The Lifeionizer company charges a whopping 15% restocking fee if you return it because you are dissatisfied. In addition the shipping costs are outlandish [both ways] due to the bulky nature of the ionizer and all of the prefilters they send with it.

The Lifeionizer M7 comes with a large and heavy prefilter system whether you want it or not. I specifically did not ask for this in my order, but they sent it anyway. Two problems with this: 1) the prefilter system is unattractive, bulky, and most people would not need it, and 2) when it was time to return the system the shipping cost was more than double what just the ionizer would have cost to return.

Poor Results for the Lifeionizer M7

I thought the results were poor, for the amount of money that’s charged for this water ionizer. Levels 1 and 2 were fine, but the top two levels were lower than most water ionizers. The M7 water ionizer is one of Lifeionizer’s latest models, and they claim it beats out the competition. Here’s a quote from the Lifeionizer Company’s website “the best ionizers ever just got better!”. This is a very misleading statement, and unfortunately you’ll see these types of statements a lot on the internet about all kinds of products.

Also, Lifeionizers [Earth Trade Water]  claims that their reputation is “100/100″, meaning 100% perfect, but a quick trip to the BBB online website [Better Business Bureau] will tell you that that is not only not true, but that they are also not BBB accredited.

At the time of this testing the Life company told me that there must have been a malfunction with that water ionizer, however it’s clear there was no malfunction, since the pH raised considerably. It’s just that the ORP was very poor.

For other problems I have with the Lifeionizer company search my earlier blog posts for more blog posts about them.