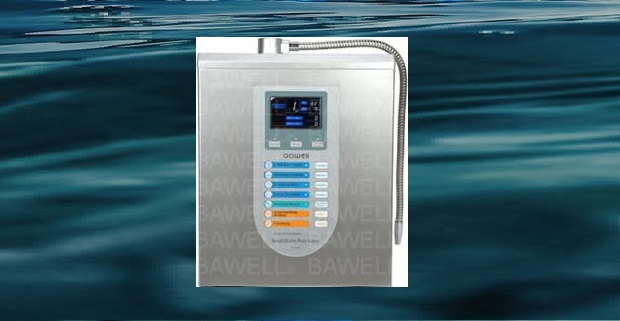 Performance-wise the Bawell Fountain is not particularly good. It is clearly working, because the pH rose, but the ORP-antioxidant-levels are poor. I tested this water ionizer for days and this is the best I could get from it.

Major Concerns About the Bawell Ionizers:

2. Wasteful: Every time you turn on the Bawell Fountain to pour water it does a cleaning cycle. I found this to be both annoying and a waste of water, time and filter-life.

3. Covert: The company lists a *cover-address [not its actual address] on the Bawell website. The address they list is the address for the local UPS store in Boca Raton, FL.

4. Misleading Claims: The Bawell website claims that the Bawell Fountain water ionizer is programmable. However when I was getting such poor results [above] I discovered that the manual didn’t give instructions for how to program the water ionizer for better results. When I called the Bawell company, The owner told me that the programming was too complicated to tell me. He said that they set the programming themselves to be at the best performance already.

5. Not a Member of the BBB or any Certifying Organizations: The Bawell water ionizer company is not a member of the Better Business Bureau. There also aren’t any other certifying organizations that can assure customers about this company.