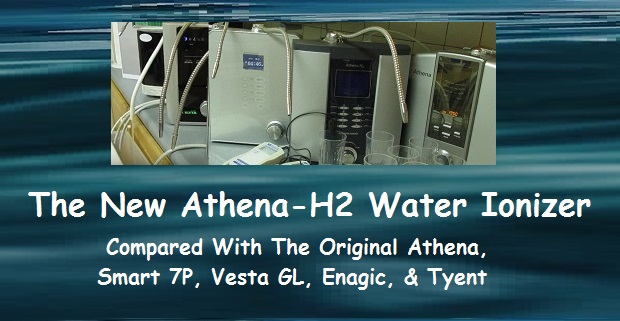 The brand new Athena-H2 water ionizer is terrific. This 36 minute video shows how it compares with 6 top water ionizers at every level of ionized water. The ionizers tested in this video were: the Athena H2, the original Jupiter Classic Athena water ionizer, the Nexus Smart 7P, Vesta GL, Enagic SD501, and Tyent water ionizers. If you are trying to buy a water ionizer and want to compare the best water ionizers, you should definitely watch the video, and also look at the details, commentaries and charts throughout this post.

I've put each water ionizer's results into a chart and section of its own, and included the pH and ORP (oxidation reduction potential) at each alkaline ionized water drinking level for that water ionizer. In addition I have analyzed the results.

Included in my analysis is how efficiently each water ionizer is able to ionize water (in other words, produce high levels of antioxidants) at each level. There is actually a mathematical formula used to measure that. Scientists working to develop better water ionizers use this formula as an easy way to test for the amount of molecular hydrogen, H2-antioxidants, produced at each level for their water ionizers. This is called finding the relative Hydrogen (or how much ORP per unit of pH) for each level. Since Hydrogen increases as the pH increases, the formula provides a way to look at the results and determine the amount of Hydrogen per unit of raised pH. More information about the formula can be found at the end of this post. Since Hydrogen-antioxidants are basically electrons, measured in negative numbers, the "best", most efficient ionization would produce a lower, or more negative, number.

The following chart illustrates this. To the right of the chart, where the numbers are the most negative, you will find your most efficient results. To the left, where the numbers are positive you will find the average to poor results. To help you realize instantly which results are best, I have circled the best, most outstanding, results in blue.

This water ionizer did the most outstanding job. With 5 levels of alkaline ionized water to test, the ORP (antioxidant) results at every level were outstanding. The ionizer shows the ability to get a great range of alkaline pH with my source water, from 8 to 11.6. And the ionizer has the most advanced, state-of-the-art, electronics, making it run cooler. Predictably this water ionizer will last longer than most of its predecessors.

Why does the Athena H2 perform so well compared to all of the other water ionizers? I think there are many reasons for the outstanding performance of the Athena H2 water ionizer, but because a lot of the design is proprietary and a trade secret I can only tell you that within the electronic structure the power switches from alternating current to direct current, which is one of the ways the greater amounts of antioxidants is achieved. 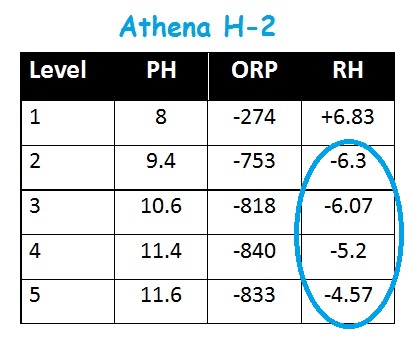 The original Jupiter Athena water ionizer, with 4 levels of alkaline ionized water, had great results at every level. The Athena has the capacity to be programmed with an easy power-boosting function, which I demonstrated in the video. I had the booster set to the highest levels, but it is possible to set it lower to accommodate those who would want to drink at lower pH-levels. The Jupiter Athena water ionizer is the one that I have been using with my family for many years. 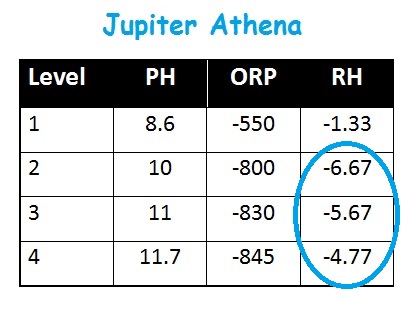 The Smart 7P also did great at every level. 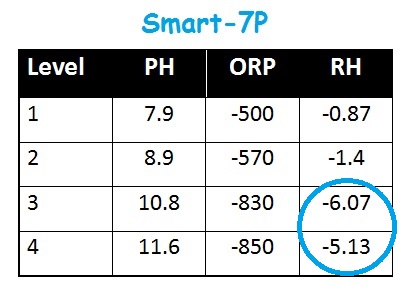 Note: The Vesta GL is no longer available. It was replaced by the Vesta H2 water ionizer.

The Vesta GL is a very strong water ionizer with a fast flow-rate. The lower two levels were programmed lightly, but have the capability to be programmed higher. The top two levels with the stronger program settings did an outstanding job, especially considering the faster flow-rate. 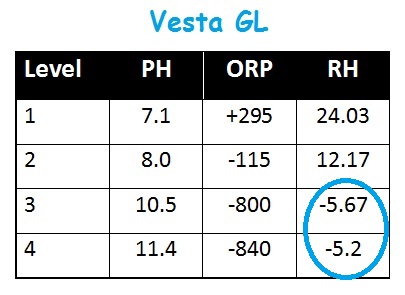 The Enagic water ionizer did fine, but not as fine as the other water ionizers. I've seen it do better than this, so I'm guessing I need to do a deep-cleaning. I've never seen it do as well as the top three machines above though. 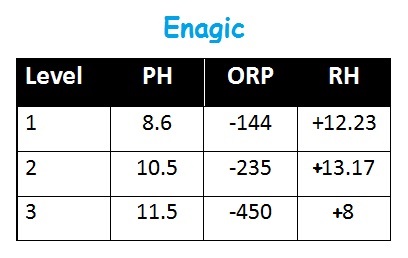 The Tyent 7-plate water ionizer typically performs better than the newer Tyent machines. The reason for this is explained in this article: 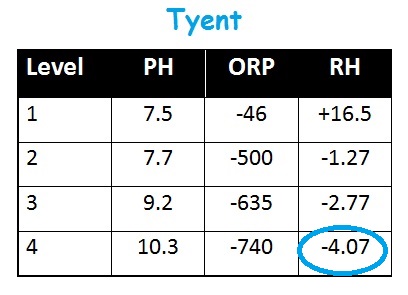 The easiest way to compare the relative Hydrogen of two samples of ionized water is when both samples have the same pH-levels. In this case, the one with the higher ORP would clearly be the best.

When you have samples you're trying to compare, but their pH levels are different, it's still possible to determine which is "best" by applying a mathematical formula. Here is the formula for relative Hydrogen.

Using this formula I derived the rH for every sample tested in the water ionizer comparisons, above. I plotted the results on a number line and clearly marked sections for you, so you can easily see a visual of how good a result is.

Something I always keep in mind when doing water ionizer comparisons is that one set of results is just one set. There are so many variables in testing and comparing water ionizers, that even minor changes in your source water or how cleaned & conditioned the meters are can make a big difference.

The reason I like to test a lot of water ionizers against each other all at the same time is to get a more true picture by eliminating as many variables as possible.

Another thing is that the results are grouped in the number-line, above, for a reason. This is to show you that minute variations, such as the difference between an rH of -4.07 and -5 are fairly insignificant. Both of those rH scores are too close to each other to really call. They are both in the category of the "absolute best".

Hopefully I didn't get too technical for you. I encourage you to visit my Water Ionizer Comparisons page to see all of the features of the 25 most popular water ionizers compared in one huge scrolling chart. It also gives great explanations of the various water ionizer features that you will definitely want to know if you're searching for the best water ionizer for you.

Note: Since the time of this post, I purchased a Trustlex Hydrogen meter (which calibrates all of the above formulas) and have validated the results of the above calculations with this meter.