Posted by Alkaline Water Plus on 8th Sep 2013 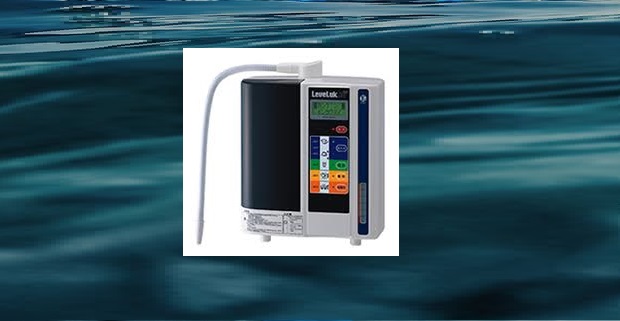 The Enagic Company grew out of a specialty trade company (branch of Sony) and began making water ionizers in 1988. They used to go by the name Ange water ionizers. [Note: The Ange is the first water ionizer I ever owned.] The first use of the Enagic trademark was in June of 2003. I would say the Enagic company's longevity is definitely a plus point.

Concurrent with changing the name to Enagic, the company further developed its water ionizer to have seven plates, instead of 5, and have 235 watts of power instead of 110, and called it the Enagic SD501. Another principal difference was that Enagic's US branch was established as a multi-level marketing company. The Enagic Leveluk SD501 water ionizer is actually a fine water ionizer. I’ve tested it many times. It has its problems, outlined below, but for the most part I would rate it as an above-average water ionizer.

So, what’s wrong with Enagic?

Enagic is an MLM company, and as such is subject to the curse of most MLM’s: many representatives spreading the same unfounded claims [unsubstantiated statements they heard from their “upline”]. Such is the way of an MLM. The Enagic company itself only sanctions the claims made on their main website.

The Enagic company does not have a Satisfaction Guarantee. If you try their water ionizer and decide it isn’t the water ionizer you want, you’ll have to pay an $800.00 restocking fee.

As part of the nature of MLM, making critical comparisons of others (the competition) often goes too far and lacks proof. Inevitably lies about the competition are spread this way. When statements are passed on verbally this can happen.

When I heard the first couple of lies,  I thought it was a fluke that two customers from entirely different locations and backgrounds were telling me the same thing (which was a completely fabricated lie). Then after I’d hear the same story over and over, I knew it was being promulgated somewhere. And, the sad thing is these lies are said with such authority and sincerity, that many, many good people can’t help but believe them. So that’s of course what they say to their prospects, not knowing any better.

I’ve heard a lot of mud-slinging about the “unsafe” way of their competitor’s electrode-making processes. If the competitor has their plates made in Japan or Korea this would be impossible, as the making of water ionizers and electrodes are highly regulated in those countries.

Another lie I’ve heard is that no other water ionizer gives the health benefits and magical healing powers that the Enagic gives. This is totally false. Even 40 years ago with the crudest of water ionizers, there were fantastic benefits being had by people drinking ionized water. The guy who started the Jupiter manufacturing and also the guy who started Enagic both got their start in water ionizers with a no-name water ionizer that gave them miraculous healing benefits…which got them interested…and then the rest was history.

It goes without saying that the price of the Enagic SD501 or any of the Enagic water ionizers are inflated to accomodate for the MLM commission distributions all the way up the line.

The Enagic company itself claims that because it has the largest plate size it is the best water ionizer. This sounds like it should be true — they probably do have to use more Platinum…which could account for some of that extra charge, but the testing and comparing of all of the water ionizers does not show the Enagic to be making better water…so something must be wrong with the design. Electrolysis requires electricity to go through the plates, perhaps if they’re too large it defeats the purpose and actually gives worse electrolysis. Enagic reps tend to stay away from water ionizer technical questions and comparison testing. Enagic doesn’t get the best results in all the tests I’ve seen and done.

Enagic representatives claim that it has more dissolved Hydrogen [making it healthier water] in their ionized water and they “prove” this by showing you tiny bubbles in their water that make the water look cloudy. I’ve seen some water ionizers that have produced this cloudy-bubbly-looking water and they haven’t all been Enagics. Actually the calcium sulfite in the water ionizer filter could be partially the reason for the bubbles being more visible. Without an actual test, you don't know what gas is in the bubbles (it could be oxygen, hydrogen or a mixture, such as OH). I’ve also seen Enagic ionizers sometimes not producing this cloudy-bubbly-looking water. This is not unique to Enagic. You cannot measure hydrogen antioxidants with your eyes or with bubbles. You can measure it with a meter or with drops. See my Water Ionizer Comparisons page for more about this.

What’s the Good about Enagic?

The good about Enagic is the exact same thing that is good about all the water ionizers I sell. Here’s some of it.