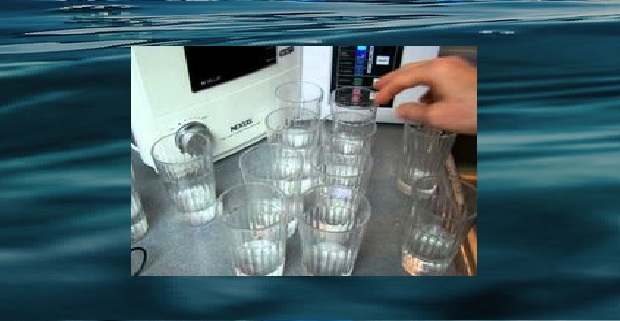 In this video I’m comparing two of the US market’s lower-priced water ionizers: The AirWaterLife Aqua Ionizer Deluxe [which is a Real Spirit ionizer] and the Nexus X-Blue water ionizer.

AirWaterLife vs Nexus: Which Low-Priced Water Ionizer is Best?

You could consider both the Nexus X-Blue and the Aqua-Ionizer Deluxe bargain water ionizers, but which is the REAL bargain?

Here is the video with full comparison of AirWaterLife vs Nexus.

Results: Nexus X-Blue Water Ionizer is Miles Above the AirWaterLife!

The significance of antioxidants in ionized water is great. Anyone can produce lots of high-alkalinity for people to consume [just throw some baking soda in water and drink – don’t really do this], but the facts are that most high-alkaline substances are also very oxidizing [the mixture, above would be VERY oxidizing…and so much sodium it would be dangerous]. Alkaline ionized water has anti-oxidants, and that’s one of the things that makes ionized water so healthy to drink. It also has natural, dietary calcium, which has a nice negative-charge to it, so as you sip on alkaline water all day long you are providing your body with natural antioxidants and very absorb able dietary calcium. The antioxidants are needed to fight and even reverse the free-radical damage that comes from oxidation. The negatively-charged dietary calcium is needed to fight heart-disease and other diseases. It is a great, healthy combination!

Actually the Aqua-Ionizer Deluxe got fairly good results on the pH and ORP, however the Nexus X-Blue is simply so much better it is in another league. I noticed this about the Nexus water ionizer when I was originally testing it, and was highly impressed with the results. I don’t know how to get up on rooftops any better than this…and shout out…”Buy the Nexus X-Blue!” It is really a fantastic water ionizer!

I don’t particularly advocate Chinese-made water ionizers, for the reasons that the quality of manufacturing, research & development [R & D], materials, and general standards that are enforced country-wide in any electronic equipment are usually poor in China. Even ionizers made in the US are questionable from this standpoint. We just don’t have the backing here in the US for R & D for natural health-related products, and the cost of manufacturing here is also somewhat prohibitive. Certainly in China the backing for proper R & D is poor.

In Korea and Japan research and development of water ionizers has been going on [with full government backing] for decades. Also, I trust the 20-man [PHD/scientists] R & D team of the highly decorated EnTech manufacturing team to make a safe and very good, durable water ionizer. Using a large and EXPERIENCED R & D team and a very big & well-known, highly-certified factory.

The AirWaterLife water ionizer has no fuse or other electrical protection built in. In other words you could lose the entire investment with one thunder/lightning storm.

The AirWaterLife Aqua-Deluxe has no voice prompts [I don’t need them but some people do].

In the Aqua-Deluxe manual it tells you to wait 15 seconds after starting to pour water at any level at any time…before using that water to drink. I think that alone is a tough situation. How many people with children could make their children wait 15 seconds to get their water? How many people [child or not] would do this? I suppose there is a good reason for this. It has to do with the acid-wash bath that is given at the end of every pouring. I’m guessing that this acidic water will be expelled first before the new alkaline water will come out.

The AirWaterLife CEO did due-diligence in checking up on their Chinese factory for quality assurances.

The AirWaterLife Company is forthright about their water ionizer’s limitations and are just trying to offer an affordable water ionizer. The Aqua Ionizer Deluxe produces ionized water, with a decent performance.

The Aqua Ionizer Deluxe is a nice-small size and attractive-looking.

Some good qualities of the Nexus X-Blue Water Ionizer:

The Nexus X-Blue water ionizer was designed and manufactured by a very proficient, respectable, trustworthy, and experienced manufacturer and R & D team. The quality controls are consistently outstanding with this company.

The Nexus X-Blue has medical equipment certification from the KFDA.

The Nexus has been and still is used in hospitals and clinics throughout Korea and Japan.

The Nexus is very sturdy and is in every way well-made.

The above testing that I did shows the Nexus water ionizer is able to ionize water extremely well [far better than the AirWaterLife ionizer].

Good size and is attractive.

If you are trying to save money you could buy the AirWaterLife Aqua-Ionizer Deluxe water ionizer, but in my opinion and in all of the comparisons I’ve done the Nexus X-Blue is a far better water ionizer for the same price.

See a summary of all of my water ionizer reviews.