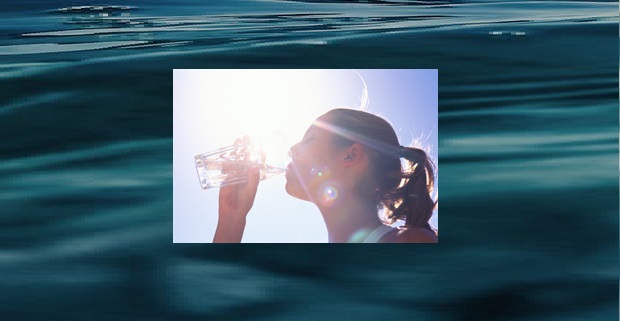 A History of Alkaline Ionized Water

As part of understanding water ionizers it's helpful to know a little of its history. Many accounts of alkaline water benefits start in Japan in the Twentieth Century. There is some evidence, however, that an understanding and use of alkaline ionized water started much earlier than this.

It is said that religious teachers in India recommended storing water and drinking water from copper vessels. This was said to make the water ionic while also killing bacteria. This teaching goes back thousands of years. You can still buy copper cups from Asia. However, when the copper is mixed with other metals, as is usually the case with the ones you can buy online, the benefits will be greatly reduced or negated.

Hippocrates, called the Father of Medicine, observed that people frequently recovered from illnesses after bathing in certain locations. He developed a theory that the mineral content of the water may have contributed to this healing effect. His theory grew into the treatment method called balneology, or the treatment of illnesses using baths. While there were many different types of water used for these baths, alkaline baths were associated with liver purification, correction of cholesterol and stimulation of the pancreas and intestines. Diabetes, urinary stones, allergies, gout, respiratory inflammations and digestive problems were said to be improved by this water.

Scientist Studies the Alkaline Water of the Hunza Peoples

In the 1930s, a Romanian scientist began to study the diets and water supply of the Hunza, an extremely long-lived population living in the Himalayan Mountains in Pakistan. These people routinely live past 120 years old and bear children far longer than neighboring populations. Dr. Henri Coanda investigated the alkaline water supply that flowed from glaciers high in the mountains. He theorized that it might be possible to modify other water supplies to simulate the effect of the Hunza "ionized-water-in-nature" on their water. He did not develop the method of causing this change in the water, but he did recognize and write about the benefits of drinking ionized water very early-on.

Over the next thirty years, the Japanese were studying the process of separating water into alkaline and acidic components through electrolysis. Early experiments using this water were performed on plants and animals and then finally on human beings.

By 1958, it was possible to acquire an alkaline water machine but the first units were large and could only be afforded by hospitals. This may have worked to our advantage, however, because Japanese doctors were able to test out this water in the treatment of many medical conditions. We benefit from this research today.

In 1966, the Health and Rehabilitation Ministry of the Japanese Government acknowledged the benefits of the alkaline ionizing water machine in improving health. These machines are still used as part of medical treatment programs in Japan.

Korea began to try these machines out in the 1970s. The Korean government has joined the Japanese in recognizing this water as useful in the treatment of disease. Machines meant for individual households began to be manufactured in Korea. In the 1990s, more people worldwide began to recognize the benefits of alkaline ionized water and the market for these machines grew.

If you look at the comparison chart for these alkaline water machines you’ll see that almost every machine I sell, including the Nexus Water Ionizers, the Jupiter Water Ionizers and the  Vesta GL, is made in either Japan or Korea. Now you have a little understanding of why this is!