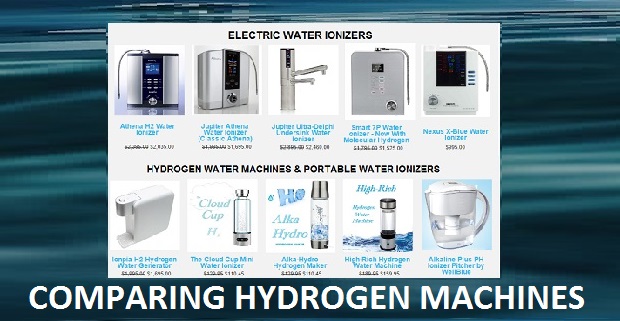 What is Hydrogen Water?

Hundreds of research studies show that a wide range of diseases caused by free radical damage can be reversed or eradicated with the consumption of free-hydrogen antioxidants (known as "molecular hydrogen" by scientists. Pumping molecular hydrogen into the water works to transform ordinary water into Hydrogen Water.

It's useless to try to buy ready-made hydrogen water, because the beneficial hydrogen antioxidants are so small they evaporate out of the water fairly quickly (within a few hours or a day). So the way to get the benefits of hydrogen water is to make it yourself (preferrably fresh) throughout the day.

How Can You Make Your Own Hydrogen Water?

Getting the Best Hydrogen Levels: Free-hydrogen is measured in ppm (parts per million). If you can get anywhere between .5 ppm and 1ppm, you're doing great. [Note: This is the level most commonly used in medical trials] I am personally happy getting anything over 1 ppm (part per million) of free-hydrogen in my ionized water.

One thing to point out, though, is that results depend upon the type of tester you use as much as the particular machine being tested. The old way to test for antioxidant levels in ionized water is the ORP meter. ORP stands for "oxidation reduction potential". Oxidation is like "rust" inside the body and is what happens when free radical damage occurs. ORP meters are still fairly good for this measurement, but they are not as sophisticated in isolating hydrogen antioxidants as the H2 test drops or Trustlex meter. None of these meters or tests work very well in inexpert hands, because it takes a good deal of knowledge and practice to get accurate results with them. Here are some typical results I have gotten from a variety of machines:

The best results possible for free-hydrogen concentration in hydrogen water is somewhere around 1.6 ppm. I suppose if you went into a hyperbaric chamber, or pressurized your container somehow, you could get better than that. But at sea-level (normal atmospheric pressure) you can't squeeze any more than 1.6 ppm of hydrogen gas concentration into any solution or container whatsoever.

There is a new video I saw recently from LifeIonizers, which claims to produce 5 ppm of free-hydrogen concentration. If you know how to do hydrogen concentration testing and you look closely at their video, you can see they fill up their vial with five times the amount of water that they should. Doing the math on this, one can extrapolate that the MXL-15 water ionizer is really getting 5x less than the results they are claiming...or about 1 ppm. 1 ppm is not bad, but at the price they are charging for their machine, you can do much better, as you can see in the chart, above.

Here's a picture of the LifeIonizers fake test: 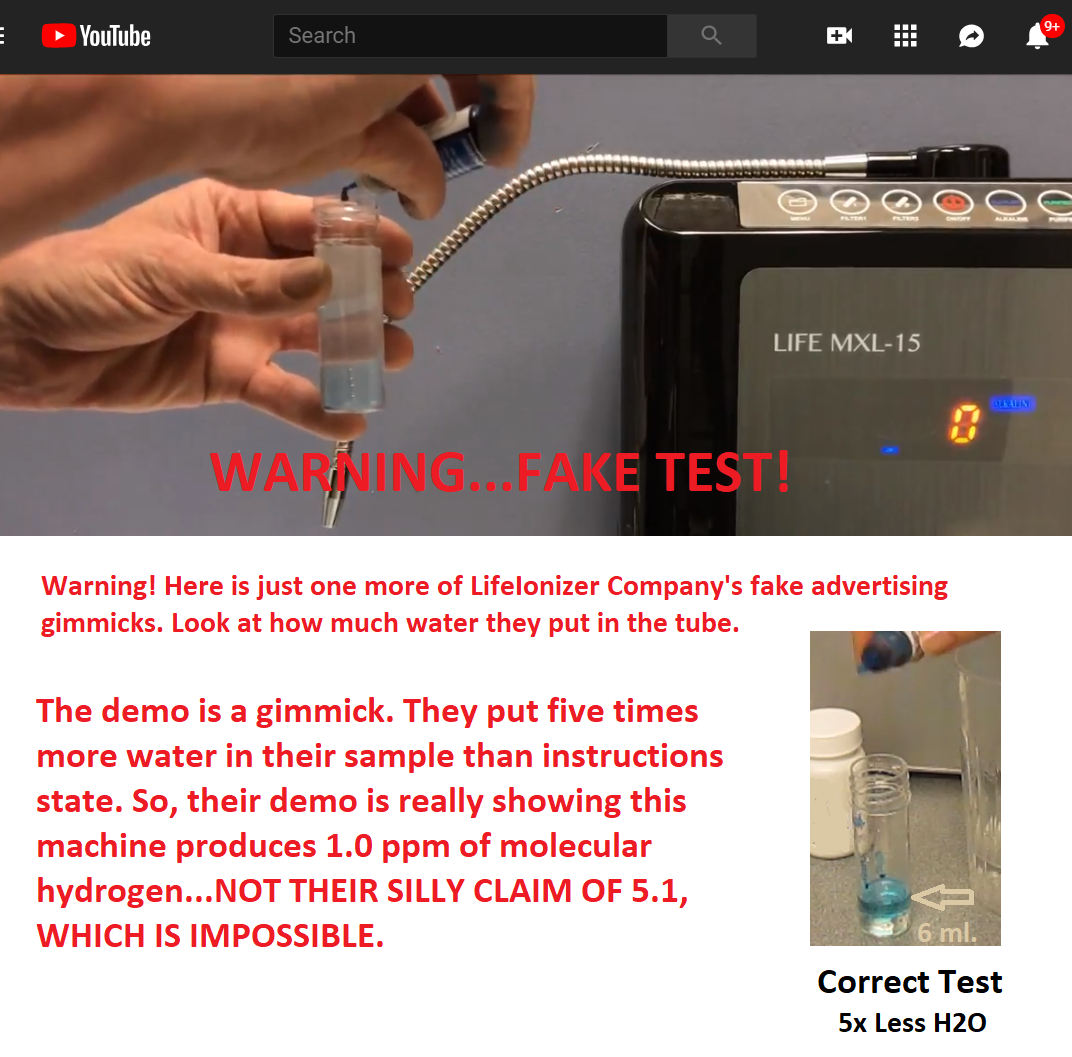 Studies show that when you drink hydrogen water the health benefits can last days longer than breathing the gas directly. Still in all, both methods of consuming hydrogen antioxidants are valid and scientifically proven to benefit health.

In just minutes after drinking ionized water I can feel a greater mental clarity (similar to a caffein boost) and an overall feeling of improved wellness, which means it has probably traveled around to most organs in that short time.

That being said, you can use a hydrogen gas machine to both breathe hydrogen gas AND make hydrogen water with. Just put the hose into a container of water for several minutes and you're done. Then drink the hydrogen enriched water.

The only thing about this is that I am very spoiled to the great filtration that I get with my water ionizer. I did an experiment where I just drank hydrogen enriched water, that I produced this way, for about 2 weeks, but please note I used filtered water as my source water. The overall effect I felt after about 2 weeks was good. I felt perfectly healthy, as if I was drinking ionized water all that time. The only drawback to this was there was no comparison in the simplicity of pouring ionized water from a water ionizer vs how much work it takes to make my own hydrogen water with a hydrogen gas machine.

All types of machines, described above, are great ways to get the benefits of hydrogen into the body. So, it's really up to you which type of machine would be best for your needs.

Read more about the health benefits of molecular hydrogen.

Links to Each Kind of Free-Hydrogen Producing Machine 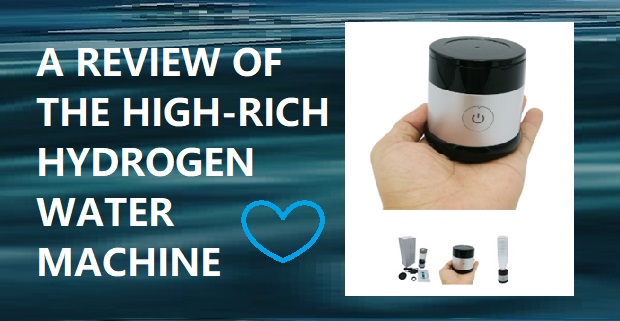 I am actually in love with this tiny little portable hydrogen machine! The High-Rich machine is so small I can take it anywhere. It will actually remove nitrogen and chlorine as it transforms the water into very strong, healthy, free-hydrogen rich water (also known by scientists as "molecular hydrogen". It does this in as little [...]