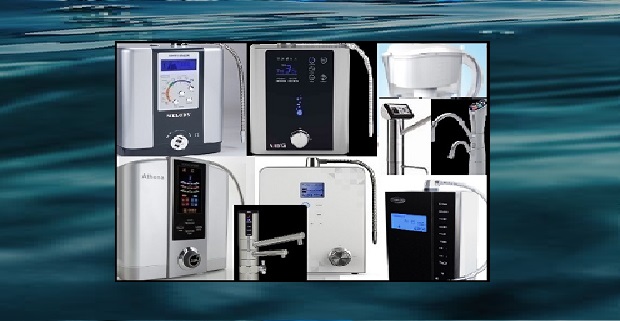 What are the Best Water Ionizers of the Year?

There are two different categories of water ionizers: electric and portable. I’ll refer to my favorite category, electric, first. All of the electric water ionizers I sell at Alkaline Water Plus have been tested and proven to do the following.

A “Best Water Ionizer” [in the “Electric” Category] Will…

What I just said, above, constitutes the most important reasons for considering a water ionizer “best”. Some companies will say things like “number or size of plates” and “amount of power” are proof of superiority, but I don’t, for a few reasons. I have often seen water ionizers with more plates and power perform the same or worse [in pH or ORP at the different levels] than water ionizers with less. It has to do with more sophisticated electronics. Size is sometimes a negative factor in electronics. Bigger electrodes will demand more power in order to produce the same output [effect].  All of these things are explained in more detail on my water ionizer comparisons page.

With all of this said, then why would someone pay more for a water ionizer? My water ionizers range in price from  the Nexus X-Blue, on sale at $895. to around $3,000.

These are the features that I consider important to look at in a water ionizer and would justify paying more if you want that feature.

Portable water ionizers are great for traveling though, and for situations where an electric water ionizer is not possible. They work on the principle developed by Dr. Hayashi of adding Magnesium in the presence of magnetized ceramics. This method ionizes the magnesium and changes the pH of the water along with reducing the oxidation potential. Many, many devices and filter systems have sprung up using this principle. Most of them lightly ionize so little that I’ve found them to be almost worthless. I have a portable water ionizer pitcher which I have found to work well. This is called the Alkaline Plus PH Pitcher, and because it works so much better than all of the other portable water ionizing devices, it is now the only portable water ionizer I sell or advocate. I am looking for more, but haven’t found any that are as good or better yet.