Posted by Alkaline Water Plus on November 06, 2013 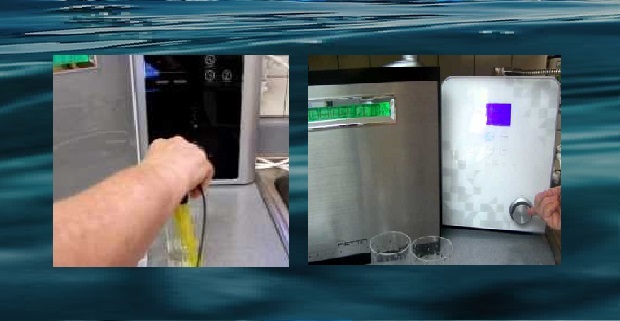 For the past few weeks I’ve done a huge amount of Vesta-Tyent-Smart comparisons and testing of the new Tyent MMP-11 water ionizer. This post will compare the MMP 11 with the Vesta and the Nexus “Smart” Water Ionizer.

I ran both water ionizers using a fairly fast flow rate. They were both set at level 3 [programmed at their strongest settings]. Because both machines are programmable, you should know that they can be adjusted to your source water and needs. In St. Louis, my source water comes in at around 9.5 pH and it’s considered medium-hard. Here’s the video, followed by a chart showing the results and further commentaries.

Both water ionizers performed about equally. They were running at the same flow-rate, and both set to their highest levels. Some differences between the ionizers are that the Vesta design provides a unique, continuous cleaning of the plates, whereas the Tyent uses the traditional, acid-wash every so many liters to clean the plates. The Vesta also has a flow-control knob and can be installed either on the counter or under the sink.

Both water ionizers performed about equally. The Smart ionizer got a bit better ORP per unit of pH and the MMP-11 was better at producing low acidic water for disinfection purposes.

The Tyent MMP 11 is a disappointment to me. In all of my testing of the Tyent MMP11 I had high expectancy because of the 11 large plates and 750 watts of power, but it could not get significantly better than the Smart 5-plate water ionizer. I was looking forward to “bigger is better” but as in all of my years of testing and comparing water ionizers I have been consistently shown that the ‘bigger is better” theory just doesn’t pan out.

Demo of all Levels of Testing: Tyent MMP-11

Read more about the  Nexus Smart and Vesta Water Ionizers.